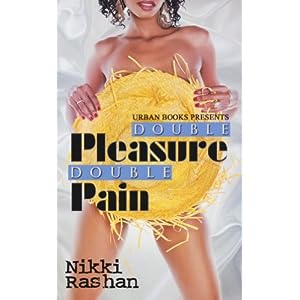 Kyla has a comfortable life–she works in a department store, has a long-term boyfriend who cherishes her, and has been working her way toward finishing her college degree. She’s twenty-six, and hopes she’s finally settled on what she wants to do with her life when she enrolls in a sociology class. What she doesn’t expect is for one of her classmates, Stephanie, to change her world completely. As Kyla gets closer and closer to her new friend, she begins to question her identity and her relationships with everyone around her, especially her boyfriend Jeff.

I won’t claim that this book is particularly well-written, or that I liked Kyla as a character, but it’s similar to natural disaster footage that you can’t look away from, watching her shoot herself in the foot as she struggles to figure out what she wants in time to save either her relationship with Jeff (and her safe identity as a straight black woman) or her chance at a future with Steph. The stigma and the potential heartache she’s facing is real, but Rashan paints Kyla as so avoidant and indecisive that it’s very difficult to be sympathetic when everything blows up on her.

Originally published in 2003, the book has some dated references, and Rashan spends more time than I’m accustomed to in a lesbian romance describing outfits and makeup application. But she does do an excellent job of painting the dilemma that Kyla faces, her feelings, and the societal limitations that paralyze her.