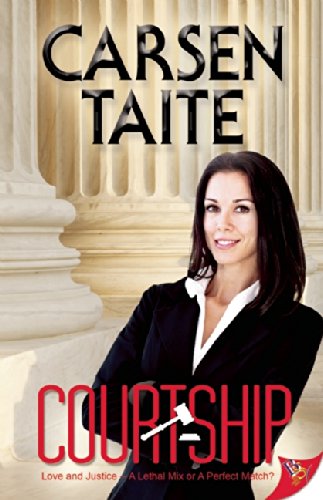 When Chief Justice Weir of the United States Supreme court dies suddenly, Julia Scott–fresh from a successful presidential campaign–is put in charge of getting a replacement on the fast track to confirmation. The president wants a quick and easy choice, pushing for a moderate rather than a choice that will make waves in the legislature, and Julia is accustomed to doing whatever her employer wants. But there’s another name that keeps appearing on the Democratic shortlists, despite Julia’s wishes and everyone’s expectations: Addison Riley.

Addison, a former law clerk and solicitor general who had a close relationship with the deceased chief justice, is not a safe choice for confirmation. But she’s got the liberal values that Julia, if she allowed herself to have a personal opinion, would endorse herself. And whenever they meet, there’s a definite spark between them. As circumstances continue to throw Addison and Julia together, attraction–and dilemmas–abound. When it becomes clear that the former chief justice’s death might not have been accidental, things heat up even more. Will Julia be able to get Addison’s nomination confirmed without compromising her professional integrity? Will Addison become the nation’s first female supreme court chief? Who is responsible for Justice Weir’s death?

The addition of the conspiracy/thriller angle to Courtship made it a bit more than the will-they-or-won’t-they workplace romance I was expecting, and the details about campaign management, White House politics, and Supreme Court confirmations were something I hadn’t encountered before. This is not a book for readers who want their heroines to spend a great deal of time together; the road to happiness for Addison and Julia is fraught, but ultimately comes to a satisfactory conclusion. For me, it was tempting to say “get on with it!” at the end, but if it had been a movie I would have watched raptly. For those interested in other political romances, try Madam President by Blayne Cooper and T. Novan or Tracey Richardson’s The Candidate.

Courtship will be coming out in November 2014 from Bold Strokes Books. Advanced copy courtesy of Netgalley.