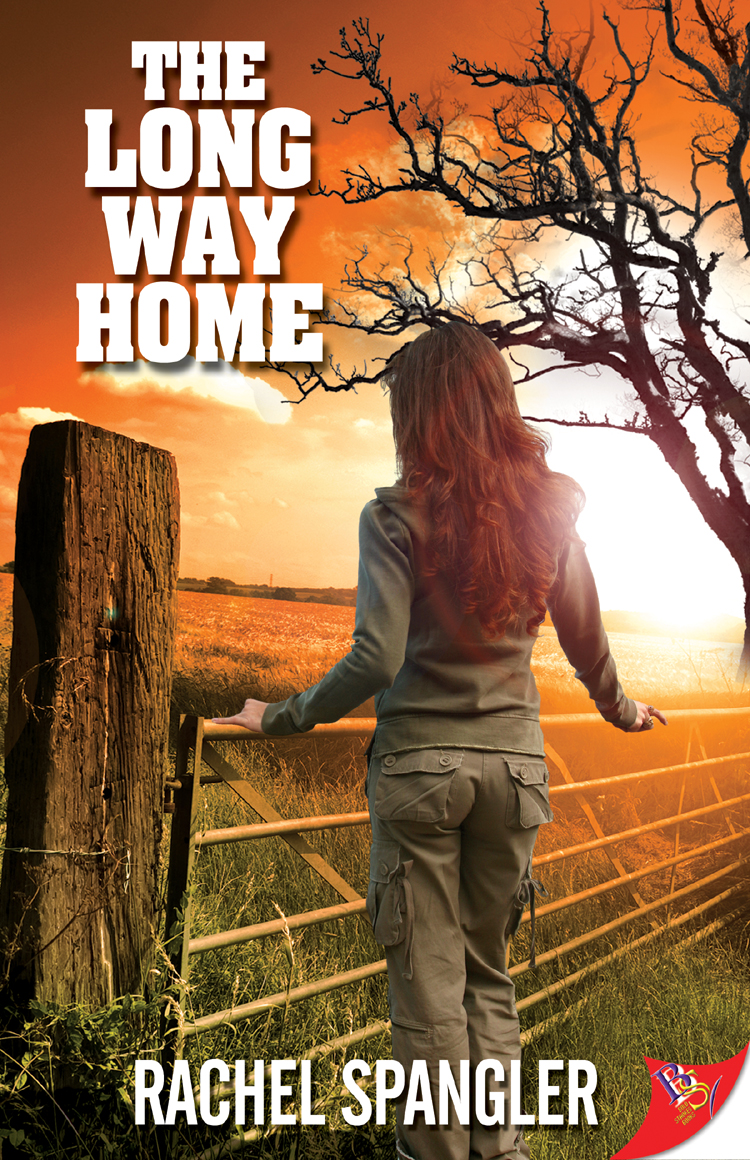 I haven’t read a lot of lesbian romance, and I wasn’t sure how much I would like the genre; I’ve never had any interest in the straight romance genre. Well, Rachel Spangler has made me a convert.

My favourite part of The Long Way Home is the premise. I read it while there were a lot of criticisms coming up about Dan Savage’s “It Gets Better” project. One of the more intriguing ones was discussing how Savage’s original video especially concentrates on this reaction to “small town mentality” and finding acceptance in a big city, and how this anti-rural sentiment not only gives small towns too little credit in their ability to be accepting and progressive, but also encourages queer people to keep draining out of small towns and heading to big cities, which only makes the situation worse. (Cities are more accepting because there are more queer people, but there are more queer people because queer people move to cities, because cities are more accepting…)

The Long Way Home tackles that anti-rural sentiment by telling the story of a woman who “escaped”, who left her small town and made a living talking about her escape story at various colleges around the country (the US), becoming a quasi-famous lesbian because of it.

But once she gets a little older, the calls stop coming for speaking arrangements: people don’t want to hear the same story anymore. Raine, as she’s known now, or Rory, as she was known in her home town, is forced to return to the place she escaped from if she wants to have a paying job. Raine/Rory comes face-to-face with the people she knew, the family she left behind, and the town she grew up in. While there she discovers the escape story she’s been telling for years may not be the only interpretation that should be drawn.

This is a romance, obviously, so Rory/Raine discovers a lot of this through an old school mate, including being introduced to a small-town queer community, something she couldn’t fathom of before. The romance is sweet and interesting, and I liked both of their characters, but it was the underlying message that really drew me in.

The only minor quibble I had with The Long Way Home was the occasional over-explaining, like this:

“Are you out of your fucking mind? I’ve spent my entire life getting away from that place. I’m Raine St. James, the one who survived.” Raine needed to remind herself that she’d made it out alive.

I’d rather the speech stood on its own, but that’s hardly noticeable. Overall, I definitely recommend it.

Have you read The Long Way Home or another of Rachel Spangler’s books? If so, what did you think of it?